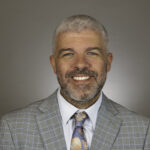 Jesse Rush, President    Jesse Rush joined the City of Oklahoma City in 2014 as project manager for the MAPS 3 Riversport Rapids whitewater rafting and kayaking center on the Oklahoma River. Riversport Rapids was a $57 million, two-year project that was completed on time and under budget. Jesse was also the project manager for the MAPS 3 Modern Streetcar project, a $131 million project that includes the purchase of seven modern streetcar vehicles, a 28,000-square-foot storage and maintenance facility and the construction of 4.8 miles of track. Jesse was announced the Streetcar Operations Director in 2016 and is responsible for the hiring of all key managers, purchase of all equipment and FTA and state safety oversight coordination. His responsibilities also include the coordination of all city departments and communicating with local business and property owners. Urban At-Large Director 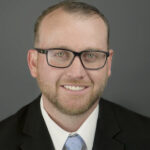 Ryan Landers, Vice President  Ryan Landers is the general manager for LATS and has been with system since 2015. He has more than 10 years of transit experience in operations and management contracts for fixed route and para-transit. Prior to LATS, Ryan was the operations director for Mountain Metro Transit in Colorado Springs, Colorado. Ryan has always been involved in transit since he graduated with a Business Administration degree from Texas Wesleyan University in Ft. Worth, Texas. After college Ryan interned at Trinity Metro formerly known as the T in Fort Worth.  Term Expires 2022 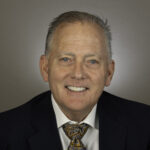 Brent Morey, Secretary  Brent Morey is a graduate of the University of Oklahoma and holds master’s degrees in public administration and human relations. He began his career with Community Action in 1981 and was responsible for writing the initial grant for one of the first four rural public transit systems in Oklahoma in 1984 and became director of Red River Transportation Service. Brent was appointed as executive director of Community Action Development Corporation in 1986. He has served two terms as president for both the Oklahoma Transit Association and the Oklahoma Association of Community Action Agencies.  Term Expires 2022 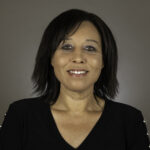 Erica Pogue, Treasurer Erica Pogue is the Transit Director for JAMM Transit a sub-division of INCA Community Services, Inc. and she also serves as the Associate Director for INCA. She has worked for the agency since 2006 serving in many different capacities. Erica has a Master Degree in Business Administration with an emphasis in Management and Human Resources.  Term Expires 2022 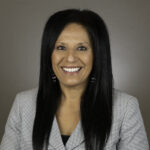 Immediate Past President, Angie Gilliam, an enrolled member of the Chickasaw Nation, is the director of the Transportation Services Department for the Chickasaw Nation, a role she has served in since 2007. In addition to her service on the OTA board, Angie also serves on the board of the Community Transportation Association of America, is the transit sub-committee chair for Oklahoma Tribal Transportation Council and a member of the Southwest Transit Association executive board. Angie was also appointed and represented the Oklahoma tribes on the Oklahoma Governor’s United We Ride Council. Term Expires 2022 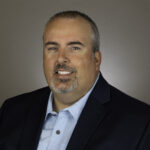 Micky Flynn, 5310 At-Large Director Micky Flynn has served as the Director of Operations for MAGB Transportation the past six years. Micky came to MAGB with 13 years of banking experience and seven years of full-time church ministry experience. While MAGB Transportation had been in existence and serving Northwest Oklahoma since the mid-1980s; almost immediately following his hiring at MAGB in July of 2014, Micky assisted in finalizing MAGB’s New Start 5311 application for Major and Woods counties and has been very active in all areas of transit operations including 5311, 5310, and 5339 grant management, accounting, human resources, dispatching, scheduling, training, and even a little driving when needed. MAGB Transportation is continuing to serve and expand service into the northwestern-most counties of Oklahoma as well as the Panhandle. Micky holds a bachelor’s degree in Business Administration from Northwestern Oklahoma State University graduating in 2001. Term Expires 2022 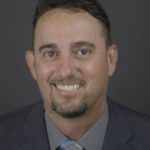 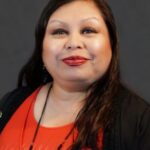 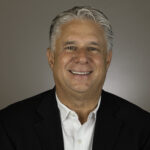 Associate Member At-Large Director  For nearly 20 years, Chris Ishmael was a noteworthy leader in the telecom world (i.e., Southwestern Bell, BellSouth, US West and finally Qwest Communications) before jumping into the world of small business.  While you know Chris from his current business, CWI Digital Systems, he can also be accredited with contributions to his community in Allen, Tex.  Chris established the girl’s lacrosse league at the grade school level and eventually, in concert with Allen Independent Public Schools, establishing the high school team for the mighty Eagles.  By the time the first class of lacrosse players graduated, five of the players ended up with college scholarships. Chris is the President and co-owner of CWI Digital Systems out of Van Alstyne, Tex. and has 17 years of experience in fleet technology.  Chris holds an MBA from Webster University and provides mentorship for young people seeking collegiate paths and career choices at his church and local community.  Chris is an Okie from Atoka County. He iss married to the other co-owner of CWI Digital Systems, Gwen and has three children Kyle, Ryan and Ashley and six beautiful grand-children who he loves to spoil. Term Expires 2022 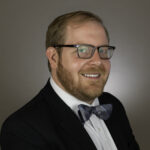 Taylor Johnson, Small Urban At-Large Director Taylor Johnson is the Public Transit Coordinator for the City of Norman. Taylor has more than five years of transit experience in planning, civil rights, grants management, and reporting. Prior to his current position, he worked for ACOG (the central Oklahoma metropolitan planning organization) and the University of Oklahoma transit system (CART). Taylor earned a Master of Regional and City Planning and Bachelors of Arts in Geography from the University of Oklahoma. Term Expires 2023 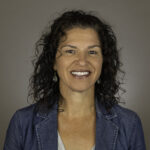 Kendra McGeady, Rural At-Large Director  Kendra Sue McGeady has served as director of transit for Pelivan Transit and Northeast Oklahoma Tribal Transit Consortium, owned and operated by Grand Gateway Economic Development Association, since 2016. The system, located in northeast Oklahoma, operates in seven counties and provides transit services for the general public as well as the Cherokee, Peoria, Ottawa, Quapaw, Modoc, Miami, Shawnee, Eastern Shawnee, Wyandotte and Seneca Cayuga tribes. Kendra is past president of the Vinita Rotary Club and serves as Chairwoman of the Cherokee Phoenix Editorial Board of Directors. She also serves on the Oklahoma Transit Association Advocacy Committee. Kendra is an enrolled member of the Cherokee Nation.  Term Expires 2022 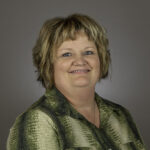 Jeannie McMillin, Rural At-Large Director Since 2003, Jeannie McMillin has served as director of Little Dixie Transit that operates five dispatch locations within a tri-county service area in southeastern Oklahoma. A graduate of the University of Oklahoma, Jeannie began her career with Little Dixie Community Action Agency in 2000 as a site supervisor for Little Dixie Transit for the Hugo dispatch office. She was promoted to the assistant director/operations manager position that she held until becoming transit director in 2003. Under her leadership, Little Dixie Transit doubled in size in terms of number of vehicles, employees and trip volume. In 2011, Jeannie was awarded OTA’s Transit Professional of the Year and she served as OTA president from 2013-15. Term Expires 2022 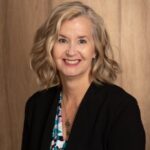 ODOT/Ex Officio Dawn Sullivan was named the deputy director for the Oklahoma Department of Transportation in May 2019, effective in July 2019. In this senior staff position, Sullivan oversees all day-to-day administration and strategic planning for the department. Sullivan began her career as an engineering student at the Sand Springs Residency in 1988 and continued as a student engineer as part of the OU Bridge Design Squad. In 2000, she worked as an assistant division engineer for the Planning & Research Division before being promoted to division engineer. Sullivan then became the division engineer for the then-newly formed Environmental Programs Division in 2007. In 2016, she was named the Director of Capital Programs where she remained until becoming the deputy director. Sullivan has a Bachelor’s of Science degree in Civil Engineering from the University of Oklahoma and has been a professional engineer since 1995. 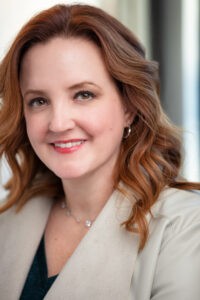 Andrea Ball, OTA Executive Director  Andrea Ball is the executive director of the Oklahoma Transit Association. She has over 20 years of experience in managing trade associations, non-profits, and foundations. Andrea is an experienced national trade association executive, public affairs consultant, convention planner, and communications director. Andrea has lectured nationally on business communications, volunteer leadership, board development, and communications strategy. She was recognized in 2009 by the State Journal as a Generation Next winner, which highlighted "40 under 40" outstanding business leaders. Andrea was awarded two "Stars of the Industry" awards for tourism marketing and public relations. In 2016, she addressed the United Nations on the digital divide and women. She has also been published nationally on a myriad of topics.Andrea previously founded her management consulting company in 2007 in Washington, DC, and has served nationally as the director of several national trade associations with a concentration in agriculture, manufacturing, veterinary medicine, and the legal field. Prior to that, she served as Vice President of Agri/Washington, an Washington, DC-based agricultural public affairs firm. She is also privileged to say she started her career path working in communications with the National FFA. A Kansas native, Andrea is a member of the American Society of Association Executives (ASAE), Sigma Kappa Alumnae, and the Kansas State Society. She also is proud to have the title of mom to a teen daughter and looks forward to serving the 37 transit agencies in Oklahoma with the OTA.